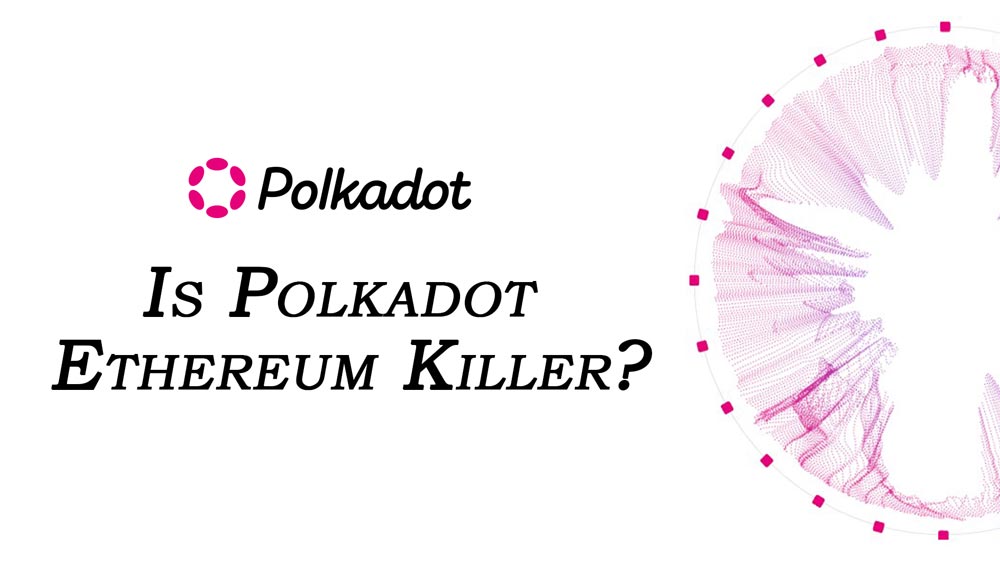 What Is Polkadot (DOT)?

Polkadot (DOT) is an open-source sharded multichain protocol that connects and secures a network of technical blockchains, facilitating the cross-chain transfer of any data or asset types, not just tokens, thereby allowing blockchains to be interoperable with each other. Polkadot was designed to give a foundation for a decentralized internet of blockchains, also known as Web3.

Polkadot (DOT) is known as a layer- 0 metaprotocol because it underlies and describes a layout for a network of layer one blockchain known as para chains (parallel chains). As a meta protocol, Polkadot is also able to autonomously and effortlessly update its codebase via on-chain governance according to the will of its token holder community.

Polkadot (DOT) provides a foundation to support a decentralized web controlled by its users and to simplify the creation of new applications, institutions, and services.

Is Polkadot (DOT) the Ethereum Killer?

Let’s take a hard right turn into this first clip is Polkadot, the Ethereum killer. Well, that’s like saying Microsoft is a Chrysler killer. They’re going for two different things, all right. Let’s get to the good stuff. Polkadot is an Ether killer. I don’t think the word killer is a good word. I think you know this. We need to understand the difference between the product and crypto markets. There’s Microsoft, and there’s Chrysler, and you know, is Microsoft going to be Chrysler. You can say Microsoft got a higher market cap than Chrysler, but does it matter.

Why does it matter that Microsoft’s doing one thing? Do they have one product set, one set of players, and one set of customers? Chrysler has an entirely different product set and a different set of customers. They operate in various industries. We need to start looking at crypto ecosystems from this point of view. Yes, there is one crypto market the same way there’s one stock market, but the different entities are listed in this crypto market. Don’t necessarily have to be competing in the product sense.

And my personal feeling is that you know para chains are a fundamentally different product to smart contracts, which is why Polkadot, in addition to having para chains. It also has an intelligent contract power chain. So Polkadot is not an ether killer. An ether inner operator like Polkadot aims to interoperate with the whole market.

Is Polkadot (DOT) BETTER than Ethereum 2.0?

Next up, to be as accurate, how is Polkadot better than other competing interoperability cryptos. How is it better than cosmos, eth2? When does eth2 eventually launch? Well, this was designed better. Polkadot has shared security with its pair chains. Which is very different from blockchains like cosmos? Cosmos ecosystem or eth2 as its conceptualized and designed, we’re not there yet. But the goal is to have these shards, which sound like parrot chains. They do, don’t they, and if you look at the designs of Polkadot and e2, there are some similarities. It is perhaps not that surprising, but there are a few key differences. one is that Polkadots are fundamentally a meta protocol.

That means most of the business logic for Polkadot, like the para chains or the shards. All this stuff is staking like nominated proof of state, and that’s Polkadot staking system governance voting. All this stuff is encoded in web assembly and stored on the chain. What this means is that the chain can decide to upgrade this logic.

Whenever it wants, it’s not beholden to validator voting or even coin holder voting. If you don’t want it to be, it’s entirely what the logic decides, and this is only possible.

Because it’s a meta protocol, it’s a protocol that itself runs a protocol, and the base-level protocol of Polkadot is super simple. It’s the same for every power chain on Polkadot. Including Polkadot itself. Is it just a web assembly executor, right? It’s like a web assembly virtual machine. It doesn’t include abstractions for things like accounts and doesn’t even include a cryptocurrency. The DOT token cryptocurrency is part of this web assembly program. Polkadot’s core protocol doesn’t have a token, and that level of abstraction allows us to be reasonably sure.

Compared to other chains like the cosmos, they sort themselves as interpretability, and I think it’s not entirely unfair to characterize characters that way. Still, there is a crucial difference between pokemon cosmos, and that’s what Polkadot is, and it’s really like a community of chains that share their security means that you get guaranteed secure interoperability between the chains.

The chains can send messages, and those messages are guaranteed to arrive, and they’re guaranteed not to be corrupted. They’re assured that the sending chain won’t have reverted and then finalize some other block later. Because of some economic attack, for example, this is crucially different because it allows you to build like composable applications rather than just an almost lossy network.

What should we expect from Polkadot (DOT) holders in the future? The defy has started, and it has just begun to go mainstream. The next step is onboarding the non-crypto users of the rest of the world that is not yet in crypto. As you take a 30 000 foot, you know the world’s view. What do we have to solve? Next maybe is the closing question here. I think one of the things I’m excited about over the next year will be bringing on users that don’t and don’t have and don’t want to have crypto holdings. And this is something that I think Polkadot’s uniquely positioned to capitalize on primarily.

Because it doesn’t have this, users must pay fees to the platform model. So, you know you want to transact on ether, and users have to hold either to do that. That means the applications have not just to get users interested in that proposition, and they also have to get users to get some ether to use their application. And this is a considerable barrier and one I would like to see teams within the Polkadot (DOT) ecosystem.

How many DOTs do you need to be a Millionaire?

Let’s talk about how much polka dot you need to become a cryptocurrency millionaire. By the way, I am not a registered financial advisor. I have no clue what the price of any of these cryptos will do tomorrow, and neither do you. But it is fun to look at some of these numbers. Right, that’s the fun of crypto. Right now, the price of Polkadot (DOT) is around thirty-four dollars. Well, what if we can get to a hundred dollars? If DOT goes to a hundred dollars, you’ll need ten thousand DOT to be a crypto millionaire. If DOT goes to five hundred dollars, you’ll only need two thousand DOT.

You’ll need a thousand DOT tokens if DOT goes to one thousand dollars per coin. Now, what’s the best? For this bull run, I would say if bitcoin can crack over a hundred thousand dollars, whether it’s this year or 2022. I would say that dot going to a hundred dollars would be the most realistic. Polkadot, by the year 2030 by 2040, dare to dream anything is possible with crypto, although investing is extremely risky. So never invest more than you’re willing to lose, but it’s fun to check out the numbers.

Still, the top cryptocurrency exchanges for trading in Polkadot (DOT) stock are presently Binance and OKX.

Everything About Shiba Inu (SHIB) and Live Data. 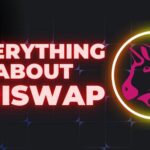