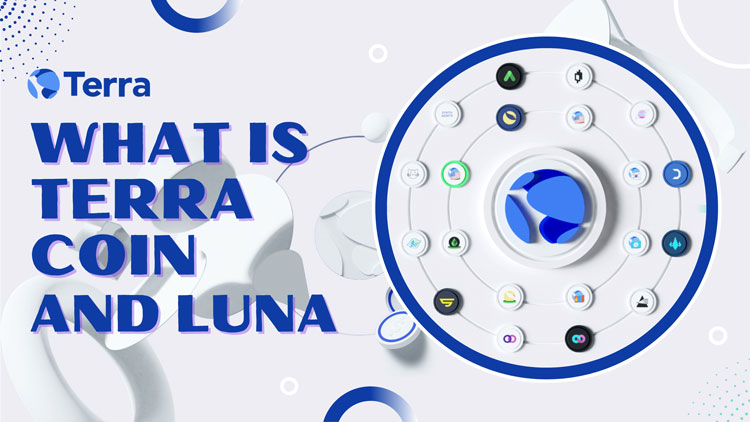 Contents hide
1 Introduction
2 What is the Terra blockchain?
3 TERRA LUNA, and TERRAUSD UST coin Live Price, Market Cap, Volume, Supply.
4 The payment processes.
5 The stable coin of Terra.
6 What are stable coins?
7 Terra’s stable coin algorithm
8 What about the titan crash?
8.1 See More: How To Mine This Monero XMR Coin | Best Private Cryptocurrency
9 What is LUNA?
10 How does Terra work for making money?
11 Who gives all these extra Terra tokens?
12 Where does all of this everlasting profit come from?
13 Why would you hold Luna for making money?
14 What can you do with Terra?
15 Terra’s protocols system
16 Why is anchor protocol used?
17 Tara is using the cosmos blockchain.
17.1 FAQ

In this blog, we will explain what the Terra ecosystem is? How it’s currently a working algorithmic stable coin? What does that mean, and what opportunities await you to take advantage of?

What is the Terra blockchain?

So what is the Terra blockchain? in simple crypto terms, Terra is a proof-of-stake blockchain intended to maximize the potential advantages of crypto for the financial world. She is focusing on both a mass payment processing system and a creation of an excellent, stable coin.

Let me explain the payment processing side quickly, and then we’ll get on to the cool part, the algorithmic stable coin. So, first off, visa, Mastercard, or American Express. They aren’t working for anything. they take around two to three percent of every transaction they help within fees That the merchants pay to the credit card company. The key here is that Terra caps fees at one percent. And that’s just the cap. Fees are usually much lower than one percent. And you can see the benefits of merchants switching to the Terra blockchain.

The stable coin of Terra.

Now, you might say other blockchains and other cryptosystems have done this before. But here’s what they haven’t done Because other than payment processing. Terra has other cool features that set it apart from other cryptocurrencies and even from other financial processes and products. So, think about this question, Terra uses a blockchain, right, and bitcoin uses a blockchain. Well, what’s the difference? Why would a merchant want to use Terra when they could use bitcoin? Well, here’s the thing, bitcoin is volatile. The value of bitcoin measured in dollars constantly changes all day long. This is important because we usually measure things in dollars, whether a bag of candy or a car payment to your rent. Everyone thinks of dollar bills. The volatility problem inspired something called stable coins.

What are stable coins?

We have an entire blog on stable coins and how they work if you’re interested in learning more, but the idea here is pretty simple. Stable coins are simply cryptocurrencies that are pegged to fiat currencies. So if people have measured their wealth in these fiat currencies and use this fiat currency most consistently, they don’t want to use something like bitcoin, which could change its value. We don’t want them to be the same thing. We want our money to have a stable value so that we can expect that it will be worth the same thing tomorrow and the next day. Hopefully, the following year Terra will solve this by using a stable coin algorithm that allows specific tokens on the network to stay at a single price.

So, Terra has a stable coin for several different currencies like the US dollar, representing UST, the Korean wan defined as KRT, and the euro defined as EUT. Now, these are simple ways of using cryptocurrency to transact in a simpler, faster, and cheaper way than before. So simply put, Terra is attempting to bring the advantages of crypto defy and all of those decentralized applications but without the volatility and unpredictability of the prices.

What about the titan crash?

Now I’m going to bring up the recent titan and iron finance algorithmic stable coin crash Because it seems similar. When we dig into why they crashed, there was no reason to hold titan or iron other than to use them to make more money, and this was essentially a Ponzi scheme in the crypto world. Now, I say that Terra is different because they created a stable coin with a purpose. Tara is built around an entire blockchain ecosystem for all the daps and platforms to use, while titan was simply a get-rich-quick yield farming opportunity that was pumped and dumped on and even more so, it was o someone else’s blockchain.

See More: How To Mine This Monero XMR Coin | Best Private Cryptocurrency

Think about this, even Ethereum itself. Where does it get its value from? It gets its value from the ecosystem surrounding Ethereum, all the daps, and the smart contracts and protocols. This is precisely what also Terra stable coins are banking on now. We may be wrong, and Tara may crash in the future, but as far as our research, this process has worked pretty far, and it appears quite different from the titan and iron finance death spiral.

Let’s talk about how they’re similar. The Terra ecosystem holds two assets at its heart: the native network coin called Luna and the stable coin called UST. Now, the power of Luna is a bit different from in other projects because it is used to maintain Terra’s stable value. Still, the idea is the same, Luna is a token used to keep the price of Terra at precisely one dollar and used for network fees.

How does Terra work for making money?

Let me explain how this works when the value of UST is mismatched to the value of a real us dollar. They use Luna to incentivize people to do certain things to stabilize the price. They do this by burning their UST or creating more of it to manipulate the value. And the people that proactively help the network stay stable are incentivized with profits, alright, here we go. If Terra is over a dollar, the answer is simple, you can always reduce the price of something by making more of it, and that’s what they do.

Who gives all these extra Terra tokens?

Now you might wonder to who they give all these extra Terra tokens. They give them to the people who trade in their Luna tokens. But they do it for a very small but also significant profit. Next up, what happens if Luna goes under a dollar? How do they bring it back? If it goes under a dollar, you can trade your Terra coins in for a dollar value of Luna, again making a minimal but meaningful profit. This means we can shrink the circulating supply of Terra, causing the price to go up.

Where does all of this everlasting profit come from?

You might be wondering the same question that I was wondering about where all of this everlasting profit comes from. That is a great question, and here’s what I found out, the gain seems to come from money flowing into the ecosystem. As more and more people buy UST, Luna will grow in price. Although it does seem Terra happens that a small portion of this profit goes to those who help keep us stable. However, when people start taking their money out of the ecosystem, Luna will fall in price, so the value is from people who hold the Luna token.

Why would you hold Luna for making money?

Luna brings us to another question: Why would you hold Luna well on earth? You can keep Luna for two reasons, if you’re bullish on the Terra ecosystem and think more people will come into it. And two, if you want to do anything on the Terra network, you have to hold Luna as the native coin. That allows you to do things, which immediately makes it very different from the death spiral that titan and iron finance experienced. Nobody had any reason to buy titan and iron other than participating in the Ponzi scheme. Terra gets its value because people can use this stable coin for stuff across the ecosystem.

What can you do with Terra?

Speaking of that, what can you do with Terra now? As we mentioned initially, Terra is more of an ecosystem of many different crypto projects to simplify transactions by using stable coins. And using those stable coins allows the use of financial tools in a way that is easier for people to understand and think in dollar amounts.

So, Terra has two big protocols, anchor, and mirror. First of all, the mirror protocol allows the creation of what they called mAssets representations of other assets. It Is very similar to exchange-traded funds or ETFs on the stock exchange. Now that was a bunch of fancy words, .so that means you can buy us stocks or precious metals like gold or even European real estate no matter where you are in the world without anybody’s permission, and you can do it fractionally. I think this is a great idea that has been used and worked for years. Now, it does use synthetic assets, and some experts have an issue with that overall, though the mirror protocol brings people to buy Luna and UST.

Why is anchor protocol used?

Next up, the anchor protocol uses the staking mechanism of Terra to create what are basically savings accounts, and right now, I think they’re paying like 20% APY., so you deposit and save your stable coins. And you earn a specific percentage rate on your cash, just like traditional savings accounts are supposed to work. Now, this incentivizes people to keep their Terra in the ecosystem. So the way that I see it, the mirror gets people to use Luna and used, and the anchor holds people using Luna and UST.

Tara is using the cosmos blockchain.

One last thing I want to mention is that Tara is using the cosmos blockchain. Now, the name isn’t super important, but it means that there is built to integrate with many other blockchains specifically for interoperability right from the foundation. Again, this emphasizes Terra’s focus on an entire ecosystem of products and services.

How To Mine USDT, Theta Token, Or TETHER US On Any Computer 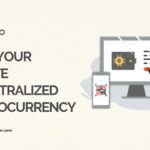 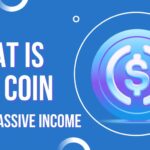